1. Which is your favorite product of all the Dr. Nona products?

My favorite product is Dynamic Hydrating Cream. I use it every day, and sometimes, when Nona and I are on the roads giving lectures I even use it as a replacement for aftershave.

2. What is the most satisfying thing about your job?

I enjoy seeing people who change their entire lives thanks to working as distributors in our company. We raised them from the very bottom, from a point they had no food on their plates, and now they drive fancy cars, wearing designer clothes and live in spectacular apartments. I look at them and know we have a very large part of the change they went through and it is a great pleasure for me.

Certainly! Regularly! I love sports devices- treadmills and elliptical devices of all kind. In addition, I swim and do physical activities almost everywhere where there is an opportunity. I always used to say that Nona and I represent a company which sales wellness and health, so we have to keep on a good shape. We have to preach what we teach.

4. If you could meet for lunch any person, dead or alive, who would that be?

This is a very good question. I never really thought about it. What comes immediately to my mind, and maybe that's not exactly the answer people expect, I would like to meet with my father. He died when I was only two months old and I know from stories that he was very talented and a great artist who wanted to act in the theater. His family was religious and he had to respect the legendary family name- Shneerson. His mother was strongly opposed that her son would be an artist. Because my father had great respect for his parents, he went to college, and as a result, he was recruited to the war in 1939. He died in 1941 in a fight defending Kiev. He was only 23 years old when he died. I'm sure he was a very fascinating man and I would have loved the opportunity to meet him.

5. If you weren’t the company's president, what profession would you choose?

My original profession is a mechanical engineer. I love my profession and I was very good at it. I think that if I had continued this path I would make an excellent engineer.

6. What is the most important characteristic that helped you to reach your position?

The ability to get along with people regardless their character. Nona always say's I choose friends with difficult character, but I don't see it that way. I prefer that people would tell me the truth to my face instead of talking behind my back. I always talk to people at eye level, and it does not matter who is in front of me, whether it's my grandchildren or business executives. I think it helped me to become who I am today.

7. What is the best advice you received?

I do not remember if I got this advice from someone specific or it's my own insight, but the advice is to trust people. Despite the fact that during my relatively long life, I got burn from many people more than once, and often those people were the closest to me, I never stopped believing in people.

8. What is the most difficult decision you made in your life?

Two things pop straight to my head. First is the immigration to Israel, and the second is the decision not to close Dr. Nona Company during the 1998 crisis in Russia.

9. What is your advice for new distributors?

Believe in yourself and act! Too many people fantasize instead of dreaming. You need to dream and to act; nothing just falls down from the sky. 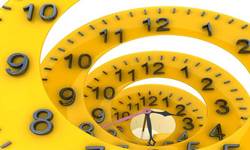 Everlasting Life Cycle Over the years, we are moving and working on two curves. How can we ensure the company's future? 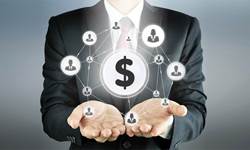 The Practical Guide to the Path to Wealth Wealth isn't a quality that just a select few get to taste from, it's a choice! Then why do most of us tend to make the wrong choice?